I am excited to share the “Rope Worm Ebook“, written by my friend Malcolm Slyper, the founder of The Art of Detox® . He has included some of the theories that the two of us have collaborated on over the past four years. I urge anyone interested in the Rope Worm phenomena to buy his book, which is only a mere $4.95, which is basically enough to cover costs of writing and listing the book. It has valuable information!

#1 This is some sort of “fiber-like” matter that seems to be identical to what was coming from our eyes at our sickest time. With performing a belly button soak with my “Belly Button Bath™ ” in the “Fiber~Ease™ ” scent, I expelled these for nearly three days. In my opinion, they seem to be identical to the fibers found all over the environment. I have not seen them since expelling them from my core.

#2 This is the large mucus strand that I expelled the night after feeling massive movement slide over 1 foot upwards, from bellly button to chest! I continued to get this out for nearly three weeks and for eight months, sections continued to come out. It seemed as though I was literally filled with it!

#4 I have always advocated that with my large strands of mucus, I also expelled what appeared to be paper-like substance that had patterns, almost “stamped” into them. Sadly, I didn’t take many photos of my expellments, parasites weren’t heard of back then. Many alongside me in the groups also got the same papery substance with similar markings, some called them “leopard spots” others call them “honeycombs”. Regardless, we theorize that the mucus grows so tightly against the intestinal wall that maybe a layer is formed between the two, resembling paper. I have come across at least 50 people over the years with the same exact circumstance. This photo is actually from a mother who wanted to know what was in her child’s diaper! Verifying my story of my 2 yr. old daughter passing the same thing! You will only find this matter in a state of desperation, with sifting through the stool with a fine-toothed comb, which as a desperate mother with no help from the doctors, it was the only option I had, and it saved our lives!

#5 This is what is called a “stage” of the rope worm. It gets longer and harder as the weeks go by and at some point its like a tiny alien, with a “fish-tail” ending and the top is split into two, vessel-like extensions. If you put your specimens in water, they turn into totally different shapes! You can actually see them much better!

#6 This is a photo from another person, you can see how it has the two extensions still! This is what a fully developed rope worm structure is said to look like. Even though the rope worm has not been categorized as anything, it has not been studied! It also is photographed, by different people, with some sort of material “spewing” out of the upper portion! It resembles slime mold! “We all expelled the same formations!”

#7, #8, #9, #10, #11, #12 –
“We all expelled the same formations!” These are all from another person whom has advocated aside me for a long time. None of these were taken off the internet, they are from some of the most passionate people that advocate as well. Notice that they are all very simllar in formation, beyond the twisting, I speak about the structure, spewing of the slime mold-like mesh that comes out. So many call it a hoax, I call it a root cause, no matter what it is! I decided I would be more useful to this world by finding solutions! 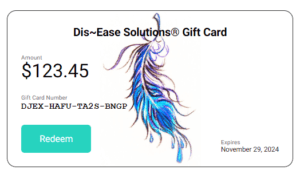 104450 Feathers
Product categories
Disclaimer: The content on this website and descriptions of products herein are not intended to provide any professional advice, or medical advice, or medical claims. This website is for educational purposes only. The owner of this website (Crystal Tripp) is not a medical provider. Neither the owner, nor the publisher of this site are liable for any misconception or misuse of the information or products provided in which lead to bad results. This information is not intended to diagnose, cure, or prevent any disease. Consult a physician with any concerns. Keep all products out of reach of children! Do not use products if taking medications or chronically ill. Do not use if pregnant. Neither this website nor the information contained herein has been approved by the Food and Drug Administration. The names of products herein are not medical claims or medical advice. Always perform your own research to understand these products and their effects before use. Always use herbal products wisely and with common sense.
©COPYRIGHT 2019
DIS~EASE SOLUTIONS®
Site developed by and hosted with
The Web Doctor 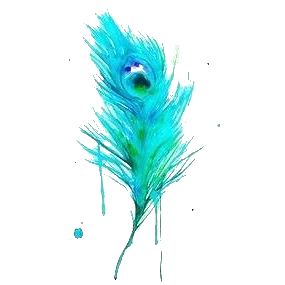